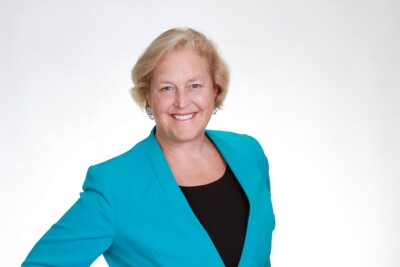 Faith created an advisory services firm in 2016 to support on-going efforts to modernize the housing finance marketplace, bringing mortgage into the 21st century. Her work ranges from advisory committees, board membership, and strategic advisory services. Her clients include publicly traded financial services firms and non-profits. She serves as a Senior Advisor to Accenture to shape and position their MCaaS offering in financial services.

Faith established a Washington office for CoreLogic to building a Federal vertical and establish a government affairs office for CoreLogic. She built key relationships with the Government Agencies, legislators, non-profits, think tanks and research universities. Faith has been an established figure in Washington DC and led the crisis era HOPE NOW Alliance, a non-profit coalition created in 2007 to bring together, trades, servicers, banks, investors, Federal Reserve Banks, Government agencies, and government-sponsored enterprises (GSEs) to help homeowners in distress stay in their homes. She was a public face throughout the housing crisis, participating in all forms of media interviews, face-to-face outreach events with distressed homeowners, and through congressional testimony at the Federal and State level. Faith has also testified on HMDA to the Federal Reserve Board. In this role she served as a neutral broker and was requested by democrats and republicans to testify to congress.

Faith serves on many industry boards and advisory committees. Current board activity includes Director, RiskSpan, a technology, data and analytics company. She is the Founder and Chairman of Hope LoanPort, 2010, the only 501c3 industry technology non-profit which facilitates a loan workout and credit improvement for homeownership readiness. Faith is a Director for the National Fair Housing Alliance(NFHA), celebrating the 50th anniversary of the Fair Housing Act, and Trustee to Saint Anselm’s Abbey School, , Washington DC. Other relevant past activity includes the Federal Reserve CAC, President of WHF, Housing Policy Council HPEC, Founding board member SFIG, Common Securitization Platform GSE advisory committee, and board of governors for the Mortgage Bankers Association of America.

Faith started her career at Dominion Bankshares Mortgage Company (DBMC) in Capital Markets, pricing, acquiring and securitizing mortgages. Faith held senior positions in all aspects of the mortgage industry. Faith was highlighted by the MBA Magazine as one of the 20 Distinguished Industry Women over the last century and in 2012 as Housing Wire’s Women of Influence. She also received a lifetime achievement award from the Five Star Institute. She holds a BSBA in accounting from Shippensburg State College and an MBA with a finance concentration from the University of Pittsburgh.
Featured in
Not Your Parents Home-buying Experience, Thursday September 28, 2017 8:30 a.m. - 9:10 a.m.