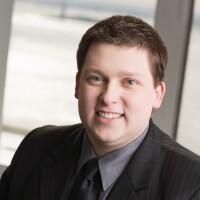 Austin Kilgore was the editor in chief of National Mortgage News from July 2014 to March 2019. He joined the publication in 2010 as managing editor of Mortgage Technology magazine, a former sister publication to NMN.

During his time at NMN parent company SourceMedia, Kilgore wrote articles for online and print, worked both in front of and behind the camera to produce web videos and other multimedia content and edited the work of staff journalists and contributors. He is an active social media participant, engaging his audience across both personal and publication-branded Twitter, LinkedIn and Facebook profiles.

Kilgore was also a contributing editor to American Banker and had previously served as managing editor of PaymentsSource.com. Kilgore's served as an editor, reporter and photographer at numerous newspapers, magazines and online publications covering technology, financial services, real estate and public affairs. He is a Texas native and a graduate of Southern Methodist University in Dallas.